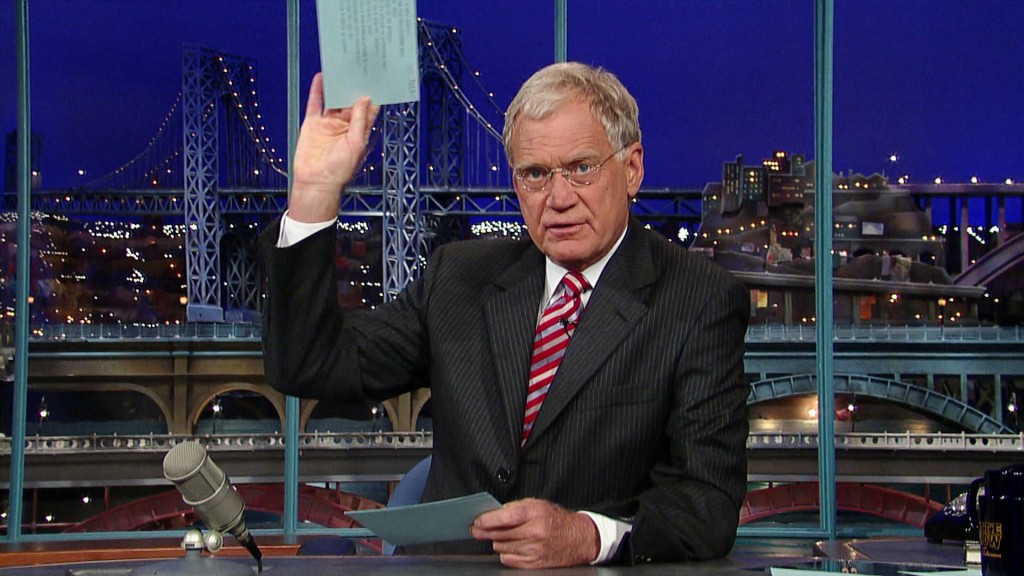 Below is a picture of me in 1997 outside of Yankee Stadium. A typical surly, moody, pain in the ass, mutant of a middle schooler. I was on a trip with my dad so that he could see Yankee Stadium for the first time in his life. I insisted we had to go by the Ed Sullivan Theater so that I could lay my eyes on my version of comedy Mecca and grab a memento for posterity sake (the t shirt I’m wearing). David Letterman was the first “grown up” comedy I related to. It was the first comedy I could watch with my parents and felt like I was in on the joke. As my parents grew older and we all lived in different places, one of the big constants when I would visit would be Letterman. I haven’t watched it as much lately, but these past few weeks I’ve gotten swept away in the final shows. It reminds me of growing up and staying up way too late. It reminds me of being that pain in the ass kid and yet still finding a common bond with my parents that somehow put up with my crap (well not always). Thanks for the memories Dave and thanks for giving me a comedic compass that I might not have found otherwise.

After last nights pitch perfect finale, it still strikes me as odd that tonight at 11:35pm there is a rerun of The Mentalist on instead of Dave.

So for fun, I figured I’d try and fill the void with my own Letterman style Top Ten list. Sorry, no celebrity cameos to help with the reading.

The Washington Nationals are in the middle of quite a hot streak, after stumbling out of the gates in April. They’re also in the midst of their promotional calendar, with Pups In The Park this Saturday and other festivities like Star Wars night, Ryan Zimmerman bobblehead night, Virginia Tech vs UVa night and more coming up.

9. DRONES IN THE PARK

8. TAKE ME OUT TO THE INLAWS

7. FIRST 25,000 FANS TO THE STADIUM RECEIVE A PORTION OF JAYSON WERTH’S BEARD

And #1 rejected promotional idea for the 2015 Washington Nationals season…

2 thoughts on “Thoughts On Letterman, Plus A Washington Nationals Inspired Top Ten List”