Spring Training is in full swing, with MLB teams taking the field against one another for the first time today. In Clearwater, the Phillies evidently have some serious rust to shake off.  In Viera meanwhile, the defending NL East Champion Nats are gearing up for a season with incredible expectations.

Rick Beale, an FSB regular and father of my dear friend Justin is down in Viera to take in the Nationals Spring Training this week. As I look out my window into the dark and icy hellscape of Metro DC, I have to admit I’m extremely jealous.

All the pictures and captions are his (Thanks again Rick!), and he passed along some commentary as well:

Werth’s son was with him today shadowing him during the drills, wearing #28.  Looked to be about 12.  What a thrill that must be.

The first picture below with the Rendon behind the chain link fence was an interesting drill.  Coach called it “bunting off a wild pitcher drill”.  Zim, Rendon and Moore took turns bunting off a pitching machine operated by a coach.  Pitches were all over the place.  I guess this would prepare you for a suicide squeeze, although they were taking some pitches.  Zim and Rendon handled it with ease.  Moore took awhile longer to get the hang of it, but he eventually did.

From what I could see the pitchers were definitely ahead of the hitters.  I didn’t see the front line pitchers, but the guys throwing bp seemed to have their way with the hitters – very few hard hit balls.  But that is to be expected at this point.  I think this is only the third practice for the position players. One day was a rainout I heard.

Matt Williams runs a very organized practice.  Set amount of time for drills, something going on each of the four fields all the time.  Horn sounds, they move to the next station.  Coaches are very respectful of the players, no screaming etc.,.  Guy screwed up a play on an infield drill and coach quickly said  “that’s why we are out here”, and hit him another one. 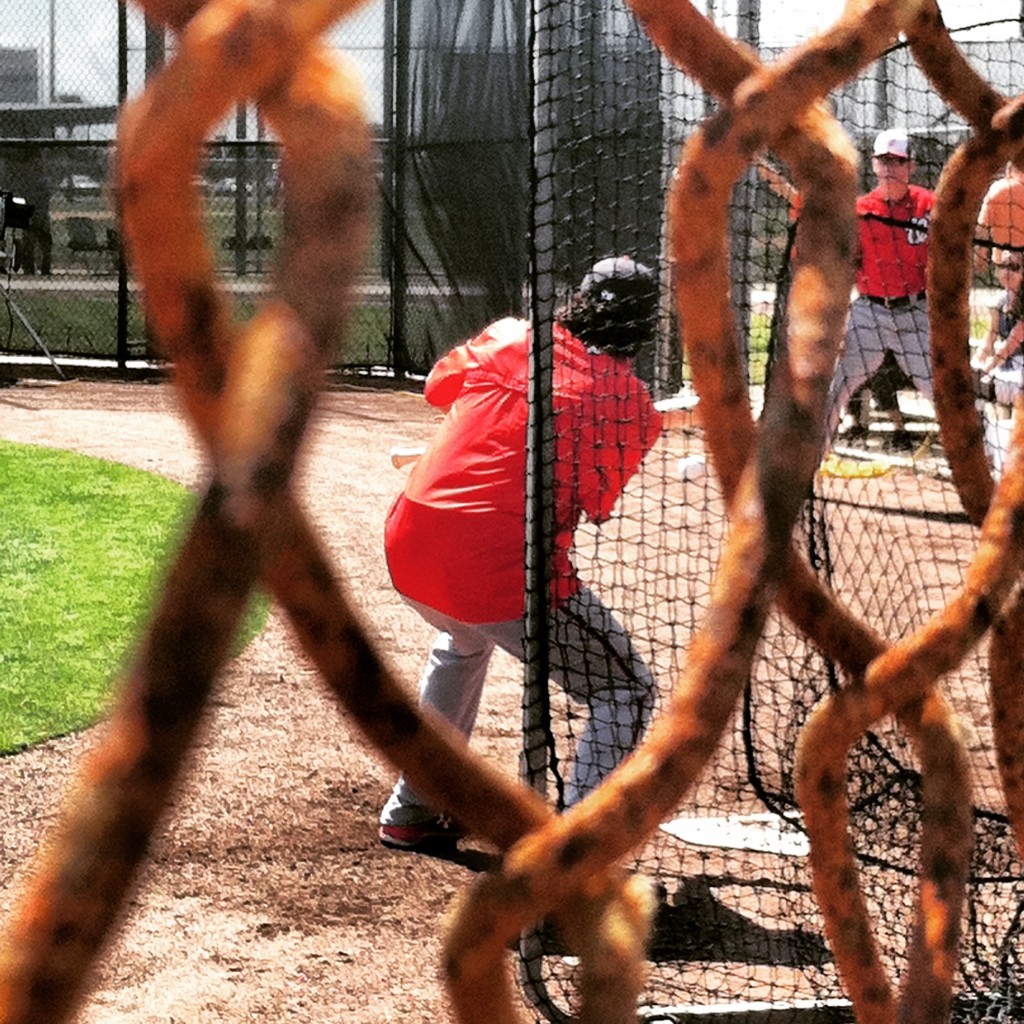 One thought on “Postcards From Viera: Washington Nationals Spring Training”