Goodfellas is not only my favorite movie, it’s the best movie ever made. That’s a fact. It’s the only movie where if it’s on, I have to stop everything and watch it until the end. I remember for years that  Lifetime (Lifetime!) would air Goodfellas, a curious move that I embraced with open arms. I don’t know, when I think “Television For Women”, I don’t think of Henry Hill berating his wife for flushing $60,000 worth of cocaine down the toilet.  With a running time of 2 hours and 26 minutes, the movie flies by at a frantic pace. It feels much shorter than it is, a testament to Scorcese’s direction and editing.

Another thing I love about the movie is the music. Scorcese always nails it when picking songs for his movies. Not just the song selection, but the placement. Goodfellas is no different, from the opening horns of Tony Bennett’s “Rags To Riches” kicking off the movie after a Henry Hill trunk slam, to the late 50’s doo wop songs, to the 60’s crooners and the 70’s classic rock. The movie features 25+ songs that perfectly sync up with the action on the screen. The movie is told chronologically, and the music choices follow that path brilliantly.

So what the hell does this have to do with college basketball? Well, it’s time for the weekly ballot and pith, and given that it’s the 25th anniversary of Goodfellas (and the fact that I’m getting tired of coming up with Maryland/Big Ten jokes), I figured I’d let Henry, Tommy, Jimmy, Paulie and all the rest help me out with the comments this week. So go get your shine boxes, don’t worry about that helicopter that’s been following you around all day, refrain from telling Joe Pesci you think he’s funny and enjoy the Italian-American pith.

Every week, The DC Sports Bog (an online site managed by The Washington Post) will post their Atlantic 11, which comprises the top 11 D-1 college hoops teams within DC, Maryland and Virginia (27 in total, for those counting at home). This poll is conducted by a group of voters, myself included, who vote for their top 10. Every week, I’ll post my ballot here.

Even though it’s the “Atlantic 11″, they only ask the voters for their top 10 teams. Just in case anyone thought I was that poor at math.

1: Virginia: I heard after his vicious head to head collision with Malcolm Brogdon, that London Perrantes apologized to Tony Bennett for getting blood on his floor.

2: Maryland: The F-word was used in Goodfellas 300 times over 2 1/2 hours, also known as dinner with Gary Williams.

4: Richmond: These Spiders were too busy sweeping the series from VCU to get Tommy his Cutty and water.

5: VCU: The Rams fast break offense is impressive, but the half court offense underwhelms, and reminds me of Tommy’s mothers painting: One guy goes one way, the other guy goes the other way, and this guy’s sayin’ ‘Whaddya want from me?’ 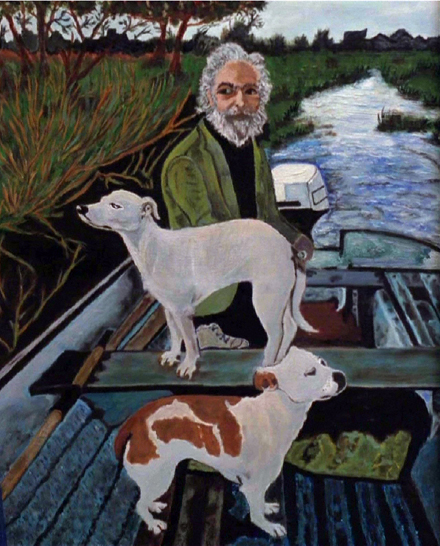 6: Old Dominion: ESPN’s resident “Bracketologist” Joe Lunardi has ODU as one of his “Next Four Out”. I don’t care how much he denies it, he’s definitely wearing a rug from Morrie’s Wigs.

7: George Washington: GW’s collapse in February has been so sudden and devastating I heard last week the team ordered spaghetti with marinara sauce and they got egg noodles and ketchup.

9: James Madison: JMU head coach Matt Brady should really stop saying “What am I? A schmuck on wheels?” during every post game press conference.

10: Norfolk State: The Spartans would be ranked higher, but they’re always putting too many onions in the sauce.